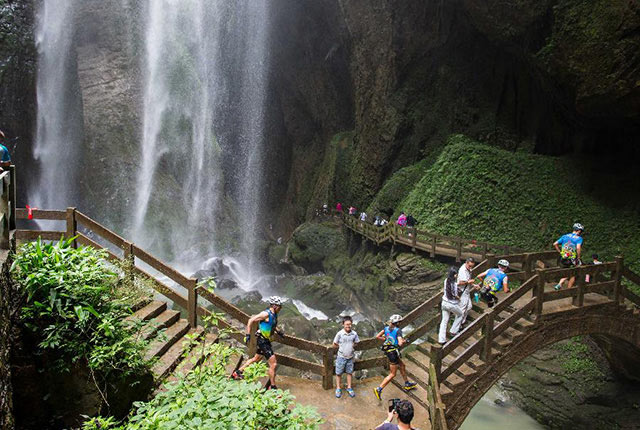 CONQUEST, a veteran manufacturer in the field of ruggedness, has made technological innovations after entering the era of intelligence, and launched the CONQUEST series of rugged smartphones. While ensuring the same fluency as ordinary smartphones, it reaches the highest protection level IP68, under harsh environments Can still be used. Because of its high recognition, CONQUEST rugged mobile phones are also implanted in the movie“Operation Red Sea" and "The Wandering Earth" as a military machine. High quality and professional protection is our pronoun. The CONQUEST S12 equipped with a large 8000mAh battery.That gives it a big advantage in both mainstream smartphones and outdoor phones.Charge it once, can normal use last 2-3 days,and can last about 7 days in standby state with SIM card. As a smart phone, it is really durable in terms of battery life.

The hard appearance also explains the strength of MANN 8S's protective ability. The operating temperature of MANN 8S is between -30°C and 70°C, and it can still be used normally in the face of severe weather and environment. It is wrapped with German Bayer soft rubber and aviation metal material to make it have better sealing performance and cushion when falling. It supports a height of 1.8 meters to prevent falling, and soak in water for a long time without letting the water penetrate the phone. In addition, in order to demonstrate the professional protection function, CONQUEST also provides warranty service, so that users can use it with peace of mind.

CONQUEST S16 is a classic model in the field of three defenses. The 6.3-inch screen is equipped with a high-hardness Dragontrail anti-scratch screen. The back cover of the phone is made of aerospace metal material and German Bayer soft rubber,It has reached the seismic resistance of mechanical structure, and can achieve multi-angle anti-fall, making the whole mobile phone more durable.

In terms of water resistance, from a professional point of view, CONQUEST S16 is given the highest protection IP68 waterproof and dustproof, and soaking in deep water also prevents the water from penetrating,the special anti-fouling material and triple protection design of the body make the S16 both dustproof. At the same time, the camera can also be deeply waterproof, and good photos can be taken in a variety of environments. On a hot beach, or in a snowstorm, it can be spotlessly clean and used normally.

The CONQUEST S16 battery is configured to 6000mAh, with a built-in Dimout battery management system, which cooperates with the reduction of system energy consumption and intelligently controls the discharge frequency, which greatly improves the use time of the mobile phone. The pre-installed Android native system, no advertising push, the hands-on experience feels pure and smooth.

The tough appearance of the CONQUEST S18 is worth mentioning, and it has a texture on the hand. The German Bayer (Bayer) black soft and hard rubber is fitted into the aviation metal frame of the fuselage, and the inside and outside are reinforced with screws. The actual senses are more atmospheric and calm than those on the pictures. 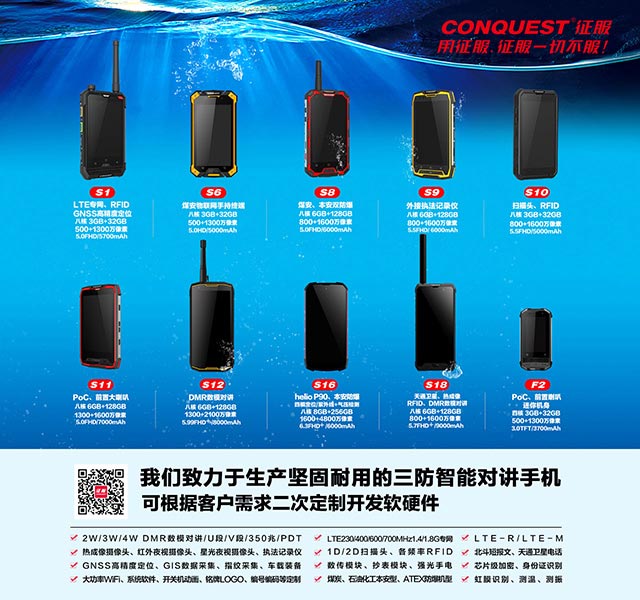 The above three models are all good outdoor rugged models. They are completely different from mainstream smartphones in terms of mobile phone design and production,the cost is also higher. Fortunately, CONQUEST rugged phones are generally cost-effective and still very affordable. I believe that everyone has an understanding of the style of CONQUEST rugged mobile phones after reading it. If you like this outdoor, military-style mobile phone, you can go to the official flagship store of CONQUEST to learn more.

Share to
Previous
Can explosion-proof smartphones be used at gas stations?
2020.11.14
Next
Our CONQUEST S19 in movie of OPERATION RED SEA
2020.11.14
Table of Contents